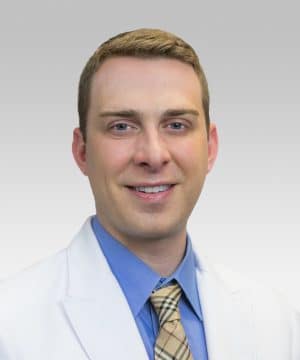 Daniel Tomlinson, FNP-BC, joined Dr. Barkey in 2018. Daniel completed his undergraduate work at Michigan State University, where he earned a B.S. in Nutritional Sciences and Nursing. He received his Master of Science degree in Nursing from South University Savannah in 2014.

Prior to commencing with Dr. Barkey, Daniel worked as a Registered Nurse at Memorial Health in the Pediatric I.C.U. for five years in Savannah, G.A. He then expanded his knowledge base to include Emergency Medicine. After exploring specific areas of medicine, Dermatology has revealed his penchant where he now works full-time as a Nurse Practitioner. He has been very active in both general and cosmetic dermatology, and expressly enjoys working with the pediatric population.

Daniel has attended and earned numerous dermatology continuing medical education credits and enojys learning as much as possible regarding new and future treatments for disease with an emphasis on psoriasis and eczema. He is a member of Sigma Theta Tau, The American Association of Nurse Practitioners, The Michigan Dermatology Physician Assistants, and certified through the American Nurses Credentialing Center.