Why We Support the Surgeon General’s Skin Cancer Warning

Skin cancer is a public health crisis. That’s what a major report released in July by the U.S. surgeon general says and, as a dermatologist serving an area from Naperville and Downers Grove to Frankfort and Bourbonnais, I agree that Americans need to do more to reduce their exposure to UV rays.

The statistics cited in the surgeon general’s report are dire. Every year, nearly 5 million people are treated for all types of skin cancers, with melanoma causing almost 9,000 deaths annually. What’s so unfortunate is that the vast majority of skin cancer cases are preventable. That’s why it’s important that the report gets the public attention it deserves.

There are a number of simple steps that people can take immediately to help reduce their exposure to UV rays, which are the main cause of non-melanoma skin cancers. Many experts believe that UV radiation also plays a key role in the development of melanoma, especially among people with fair skin. Here are some things to do to protect you from UV rays: 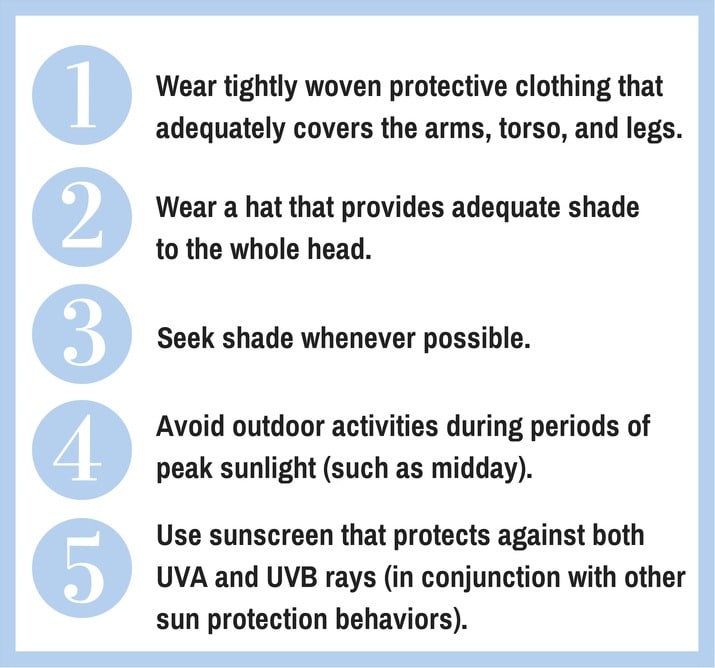 It should be noted that the report also singled out indoor tanning salons as one of the key culprits in the accelerated rates of skin cancer during the past several years. The report included estimates that tanning-bed use contributes to several hundred thousand cases of skin cancer, including 6,000 cases of melanoma, every year. Nearly a third of white women ages 16 to 25 use an indoor tanning bed each year, according to the report.

For people who are considered at an increased risk for getting skin cancer, regular visits to a board-certified dermatologist and monthly self-exams at home are excellent ways to help detect suspicious lesions as early as possible. By taking the steps outlined above, avoiding tanning salons, and consulting regularly with a dermatologist, you can keep your skin safe.

Use CareCredit to pay for out-of-pocket medical expenses not covered
by medical insurance. Special financing options are available.