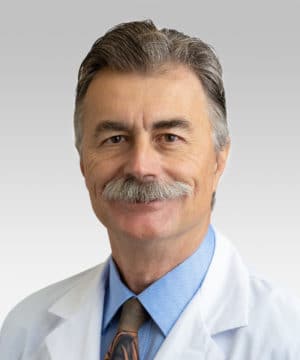 Dr. Michael Probstfeld is board-certified by the American Board of Surgery and an American College of Surgeons Fellow. Formerly the governor of the Arizona chapter of the American College of Surgeons and former Chief of Staff at the Tucson Medical Center (2012 – 2014), Dr. Probstfeld has an illustrious, impressive background in providing the best in surgical care to his patients. A native of Southern California, he began his medical career after graduating magna cum laude from Chapman College where he majored in biology. After attending medical school at University of California, Irvine, he underwent an internship and surgical residency at Kaiser Permanente Medical Center in Los Angeles.

Dr. Probstfeld garnered his medical training and skills while serving with the armed forces, joining the United States Air Force from 1990 – 1993 as Chief of Surgery at Loring Air Force Base in Maine. Here, he was charged with overseeing regional triage during the Desert Storm conflict. Dr. Probstfeld transitioned to civilian life in 1993, and served patients in private practice in Wisconsin until 1997 when he decided to move to Tucson to continue his practice.

In Arizona, Dr. Probstfeld served as Assistant Clinical Professor of Surgery at the University of Arizona. As an assistant professor he continued to practice, mainly focusing on colon and rectal surgery, endocrine surgery, biliary and laparoscopic surgery, and varicose vein treatments such as minimally invasive VenaSeal Closure, microphlebectomy and sclerotherapy, and Endovenous Radiotherapy treatment.

Dr. Probstfeld says, “My surgical career has given me the opportunity to make wonderful friends and travel the world, but my greatest reward is the respect and trust of my many patients.” He holds memberships in the American Society of General Surgeons, American Medical Association, American College of Phlebology, and many other organizations as well as surgical privileges at numerous locations.